Although ultimately short-lived and unprofitable, the Pony Express captivated America’s imagination and helped win federal aid for a more economical overland postal system. It also contributed to the economy of the towns on its route and served the mail-service needs of the American West in the days before the telegraph or an efficient transcontinental railroad. (History)

An account of the first ride is also available at the National Park Service.

The 2012-film  Spirit of the Pony Express tells the story of the “short-lived but far-reaching American Institution The Pony Express by following a historical re-enactment along the original trail from Sacramento California to Saint Joseph Missouri”.

The Pony Express exhibit in the National Postal Museum 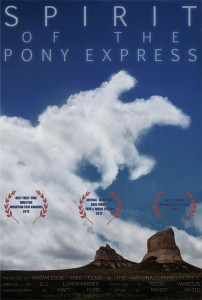 Spirit of the Pony Express poster 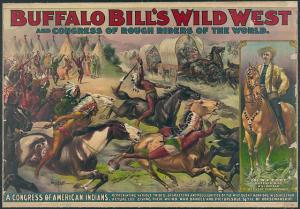 Buffalo Bill Cody is perhaps the most well-known rider of the Pony Express. He would later become famous for his Wild West Show. An exhibition dedicated to him is available at the Pony Express National Museum.

Additionally, you may also be interested in the following articles: